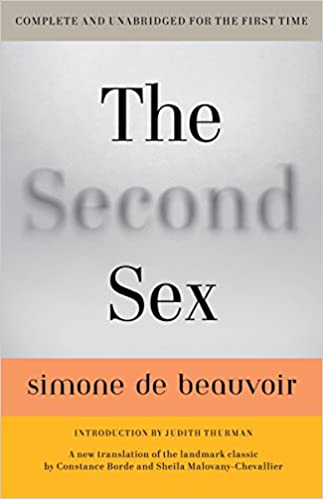 ETC AI generates the EMOTIONAL Fingerprint of Candidates/Employees to improve their Evaluation plus scientifically diagnose Corp Climate, Critical Issues, and the organization’s performance.

The Second Sex delves into the concept of feminism by looking at historical facts and biases and explains how being a woman implies being subjugated to a man, how making yourself smaller so that you can fit in today’s world, but also how women everywhere should react to the system and change it.

The Second Sex is a plea for equality in a society that no longer relies on the muscle dominance of men. The book argues that women are not inferior to men but just different. While males excel in some areas of life, women do so in others. Still, the society of the twentieth century didn’t see things as such.

In contrast, women were seen as “The Other,” a concept we’ll explore further in summary. To the author’s disgrace, women still face limits in their professional lives today, living in the shadows of the opposite gender. Having limitations align with every milestone they reach, women have come to know hardship through a whole new set of lenses than men.

While this isn’t necessarily someone’s fault, it does affect men and women altogether. From family life to professional one, the gender gap influences each member of our society one way or another. A new movement emerged to face these inconvenient truths: feminism, a concept we’ll explore in summary below.

For now, here are three lessons from the book:

Men and women are different, but that doesn’t mean we have to become “The Other.”

At first, we lived in a matriarchal society, but the concept of property and male dominance changed that permanently.

Religion and myths about women have increasingly perpetuated the concept of The Other.

Lesson 1: “The Other” is a term that emphasizes the differences between men and women in a negative way.

Throughout time, many things have always differentiated men and women. It ranges from natural inclinations, biological and psychological traits, and many other aspects that make each gender unique. However, humanity evolved in a way that emphasized men as the prevalent gender, the workforce, and the absolute power. And they left women in the shadows.

All research leads to one common factor: women are complimentary to men. They’re “The Other.” Just as a master can’t rule without a slave, an antithesis couldn’t exist without a thesis, the female is the other gender, and the male is the primary one. History also depicts women as passive and static, whereas men are outgoing, generating resources, active, creative, and so on. 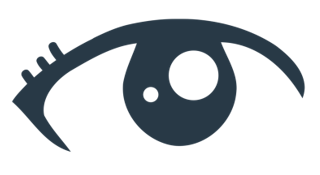 Lesson 2: The transition from a matriarchal society to a patriarchal one happened slowly and became almost irreversible.

If you go back in time, you’ll see how women often ruled early societies. Or that females had a special place in the world as they were life-givers and, thus, almost sacred. As society evolved and expanded, the sense of property became a major role in people’s lives.

Most societies these days are patriarchal, meaning that men primarily rule them. We’ve reached this point gradually through laws and ideologies that serve a man’s purpose in life. For example, laws of private property favored the inheritance of assets in one family. Men run the bloodline and carry its name, so the power naturally shifts towards them.

Greek mythology referred to goddesses as passive receivers, while Zeus was an active life-giver. Moreover, as slavery became prominent, women were no longer considered necessary for childbearing. They were pushed out while men took care of the work matters and became the initiators and perpetrators of all new ideas.

Societies slowly shifted their focus on men, leaving women behind to take care of day-to-day issues. Even worse, women were transformed into assets, with laws allowing them to be shared by men from the same family. When the man died, she had to marry her eldest male relative of her husband, to keep the property in the patriarchal line.

Lesson 3: Religion and myths about women have increasingly perpetuated the concept of The Other.

Looking back in history, you’ll notice how religion often played an important role in people’s lives. Religion shaped many opinions, from day-to-day customs to ideologies and ideas about life. In regards to women, it was a game changer. Just think of the original story of Adam and Eve.

Religion perpetuates the idea that Adam was the first man, and as he got lonely, God created Eve from his rib, which made her the other human. When things got the wrong turn, it was because of Eve who dared to bite the apple from the forbidden tree. Such ideas and myths developed the concept of The Other in the world.

Fast forward to a more recent time in history. Society saw women as curious creatures for having menstruation, a flaw derived from Eve’s doings that changed the world and the perfect humans forever. Back then, people thought that women’s blood during their period was poisonous or that they should be isolated.

Even today, while medicine, technologies, and our societies have evolved, we still refer to menstruation as “that time of the month,” as if there was something wrong with women during their period. Menstruation is a natural part of life; it shouldn’t be something people perpetuate as harmful and toxic.

The Second Sex taps into the evolution of women as a whole from the beginning of time til today and explains how society projected a negative shadow over their heads that still lasts in the present days.

Women have faced everything from religious assumptions to opinion-based science and societal myths and continuing with a gender gap in the professional environment and politics.

Not only did it prevent them from participating in the social, cultural, and professional environments as men do, but it also affected their confidence and created a huge delay in their evolution.

The author dares to wonder what would’ve happened to the world if women weren’t just “The Other’’ of everything but equal to men, a question that sparked controversy at the time of the publication.

Who would I recommend The Second Sex book to?